Home > What if America were a couple?

What if America were a couple? 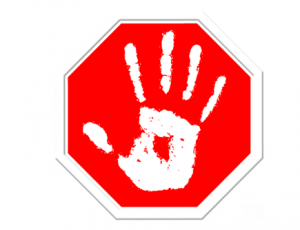 My hand comes down between them, and I say Stop!

What am I stopping?

I am stopping 13 minutes of their toughest, most loaded conversation. I want to teach them a guiding principle, how to embrace the power of connection. And to do that I first invite them to enter into the “nightmare” of their relationship.

But only for 13 minutes!

When 13 minutes are up I say STOP! And they stop even in the middle of a word, and even if one of them might be finally winning.

And then I say: “Imagine that you were in a restaurant. And you were people-watching. And you saw this couple for 13 minutes. But here is the kicker: this couple comes from another planet called Wygelia. They speak Wygelian, a foreign language. So you do not know anything about what they said.”

What ensues is a graphic description of their reactive “survival dance.” They see clearly, and often for the first time, this pattern of a “warring monologue,” in which they talk past each other, and pollute the space between them.

This STOP! I say to the couple also has a meta-meaning. How often as a child would we want a big hand to come down, and say STOP! when the space in our family is polluted, either when our parents are fighting, and we witness their “relational nightmare,” or when an avalanche of angry words falls on us. 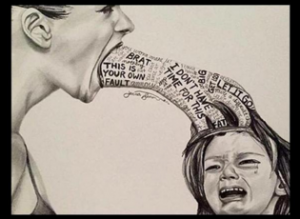 I then ask the couple: “Can I be your teacher? Can I be your guide for discovering how to embrace three invisible connectors for growing your bond, and develop the “relational muscle” for saying STOP! to these Wygelians?”

Stop, and look, and describe what you see.

In the New York Times on November 1, 2016, David Brooks writes an article he titles: “Read Buber, Not the Polls.”  His first sentence is: “If America were a marriage we’d need therapy.”

He then goes on to write a beautiful article describing Martin Buber’s “I and THOU” relationship. 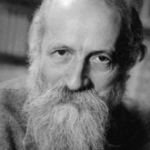 Martin Buber is the early 20th century Jewish philosopher and theologian, who dedicated his career to understanding deep intimacy.

Martin Buber calls us to be intentional, and brave, and authentic in our relationships, and have the courage to nurture “open-minded and open-hearted bonds” with each other. He invites us to meet the Thou in the “other,” their soulful essence. He calls these soul to soul meetings, where “deep calls to deep,” the Encounter. And he says: “All of life is in the Encounter.”

“Buber’s story is also apt because he overcame betrayal to come to a posture of trust. When he was a small boy, his mother eloped with an Army officer and wasn’t seen for 30 years. But he still had the courage to throw himself wholly in with his wife, Paula. Their marriage became a living example of a true and equal Thou.”

And so David Brooks concludes:

“…The only way we get beyond depressing years like this one is at the level of intimacy: if Americans reconnect with the living center of the national story, and they rebuild Thous at every level.”

And so Yes! if America were a couple I would ask: “Can I be your teacher?”

I would say: “I am a specialized guide for couples, showing them how to embrace an “open-minded and open-hearted” relationship with each other, where trust and vulnerability allows them to enter into their most meaningful narrative, and build between them the most intentional, brave and authentic bond, and thus welcome true intimacy in the ‘zone’ of the Encounter.“ 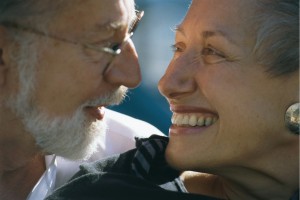 May we together experience true intimacy in our world, a world we turn into a safe and sacred place for the human encounter. That is my deepest aspiration.