Home > Why do we sometimes wait till there is a “Bang Bang” to make productive changes in our life?

Why do we sometimes wait till there is a “Bang Bang” to make productive changes in our life?

I have been wondering lately about the “tap tap… Knock Knock… Bang Bang… CLOBBER CLOBBER” theory of life.

I look back at the two major moves that Yumi and I made over the last ten years.

But it took a “Bang Bang” to make them happen. 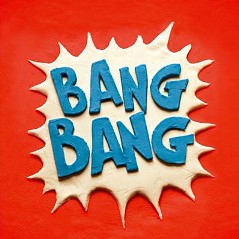 We moved to Miami to be the neighbors of David, Yumi’s 103 year old father. But it took thieves robbing us royally for us to say: “OK, what do we now do that is so big that it will make us say thank you to the thieves every single day?”

We moved to Washington D.C. to be near our children and our 13 grand children. But it took Yumi getting so frail and so ailing that we asked ourselves: “Where do we need to be in order to take the next best steps for Yumi’s welfare?”

I asked a good friend about the “Bang Bangs” in our lives. He said: “Human beings are creatures of habit. We cope with situations. It takes a crisis to wake us up.” It reminds me of a quote on an art piece by Brian Andreas that hangs in our home. It says: “Most people don’t know that there are angels whose only job is to make sure you don’t get too comfortable, and fall asleep, and miss your life”. Brian Andreas calls the piece: Angels of Mercy.

“tap tap… Knock knock….Bang Bang…CLOBBER CLOBBER” is also a reality in my work with a couple. Couples show up at my door for the two-day Intensive sessions either at the“Bang Bang,” or at the “CLOBBER CLOBBER” stage of their relationship. Research has shown that it takes us 6 years of coping with a painful situation before we actually do something about it.

Watch this witty, satyrical video that has been making the rounds.

But there is hope….even for this couple. RE-PAIR is achievable. There is a new, revolutionary understanding about the phenomenal plasticity of our brain, and about memories that seem to be stuck in our head with the tenacity of a nail. It turns out that unwanted, ingrained emotional responses can literally be eliminated. The process is called “memory reconsolidation.” It is a synaptic unlocking process which is described in a breakthrough book called “Unlocking the Emotional Brain.” It is yet another miracle of the human healing capacity that science has now empirically proven. The new science of the mind lets us know that relational well-being can be restored even after the “CLOBBER CLOBBER” stage. Deep, lasting transformational change is possible in ways that are even more remarkable than we previously knew.

But why does “tap tap…Knock Knock…Bang Bang…CLOBBER CLOBBER” show up in our lives? Is it just so we won’t fall asleep and miss our lives? No! It has a much higher purpose. It is the messenger that brings us a vital piece of information. This information is called the “CRACK” by Otto Sharmer.

“Attend to the crack,” Otto Sharmer advises us in his book – Leading from the Emergent Future. “The crack is the opening where we feel the past ending and the future wanting to begin.” When “tap tap…knock knock…Bang Bang… CLOBBER CLOBBER” visits us, we have a choice. Otto Sharmer says: “We can freeze and revert to our deeply ingrained habits of the past, or we can stop, and lean into the space of the unknown, lean into that which wants to emerge….lean into our highest future potential.”

And so after the “Bang Bang” visited us, Yumi and I allowed the Angels of Mercy to wake us up, and we attended to the message in the “crack.” We heard the future calling us, and we responded by making significant and vital changes. We re-invented ourselves yet again.

The Summer of 2013 is a time in our life with a new freshness and vibrancy, like a newly harvested life. We wish for you that the Summer of 2013 be a time of vibrant blessings in your own life’s journey.

With love and appreciation,